4/5 – A fantastic nostalgia trip, filled with some great new features and a simply stunning art style. Yet missed some key points to justify its cost.

Most people wouldn’t start their review with the score. However since the game has been out a while now, I figured most of my thoughts and opinions would have already been detailed by other reviewers. However, should you wish to see more detail please read below.

Some of you will be aware that this is a remake of the very first handheld Legend of Zelda (going by the same name) released on the gameboy all the way back in 1993.

The time between we have had a lot of consoles, games and most importantly technological advancements. So how would a remake of such a game be handled and made for the home console/portable hybrid that is the Switch handled? 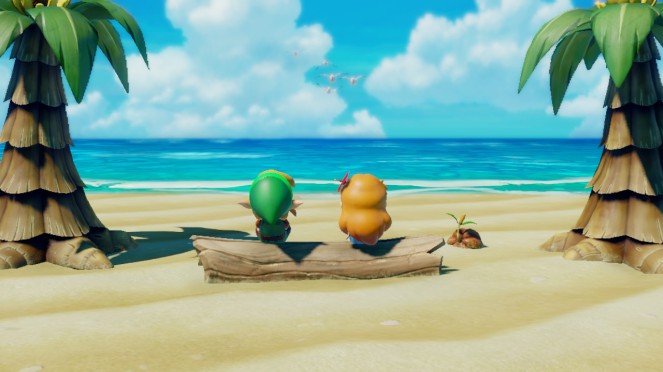 To put it bluntly, with love and care. The co-developers behind this remake Grezzo are no strangers to Zelda remakes having masterfully worked on the 3DS releases of Ocarina of Time and Majora’s Mask. So Nintendo along with fans could trust they would deliver a great remake as true to the original as possible and boy did they! Every tile in this game is exactly where it was in the original, the characters dialogue, the challenges and puzzles are all also exactly the same. This team spent care and time to make this from the ground up the way they have and deserve a lot of praise for it. However, they have added some nice new features, specifically including the dungeon builder.

As mentioned above the dungeon builder is easily the biggest and most important new feature in this remake, giving players something they never would have known they would want so much.

Quite simply, after completing certain points in the game the character Dampé will speak to you in his shack at Tal Tal Heights to tell you how to make your dungeon and how you can share it with friends!

Before you get too excited about the idea of putting your dungeon online and watching as your friends suffer it’s difficulty there is only one way you can share it, which is through the use of the Link’s Awakening Amiibo.

Furthermore the creator is very limited to presets with only small changes able to be made. Though if you do have any Legend of Zelda Amiibos you can use these to add special enemies to your dungeon. Though yet again this is restricted to no more than 5 Amiibos in total, meaning you could really do with considering which of the 20+ Amiibos available that you should use.

However, even with its limitations you will find yourself having allot of fun creating and playing through your dungeons. It made me personally want a “Zelda maker” in line with the Mario maker series to truly create my own dungeons to watch others suffer through. 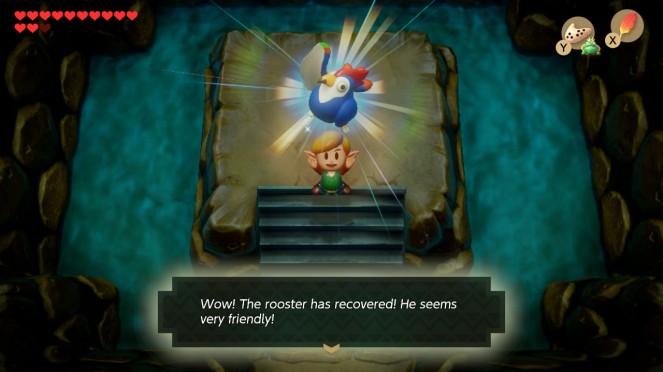 As mentioned prior the game is quite simply gorgeous, the art style makes it look like I’m watching glossy clay in motion, almost like a stop motion animation yet it’s a game which on a title that has a story like this works perfectly. I won’t get into spoilers but it really makes you consider little things like the screen blur around the corners even more in line with the game.

Though given this it does have its detractors, the game opens with a beautifully animated cutscene which heavily contradicts the art style the rest of the game has. Though I really liked how they both look they are not in line with each other in a way I have not witnessed in a video game before.

With all the above praise and small criticisms you are probably wandering why I wouldn’t give this game a score like 4.5 and the reason for that is one I never thought I would say before but it’s value for money.

This is a full price, full release on the Nintendo Switch, yet it has the same length as a 1993 portable game. Meaning you will have it completed in around 16 hours.

This costs the same as Breath of The Wild, yet offers nowhere near the same level of content.

I’m not saying it’s not as good and that because it doesn’t give me 300+ hours of game time it’s bad but considering what you’re getting it probably would be best to wait for this to go down in price before really looking to buy it.

Even with the above in mind, this is a not just a good game it’s a good Zelda game. It offers challenging dungeons, simple gameplay, gorgeous graphics and a fun creation mechanic one for most to add onto their Switch collection and one you would look at playing again sometime.

The Limited Edition version of the game was super cool so we had to show it off! It came with an art book, the standard game packaging, a steelbook and is presented in a beautiful box as well! And since we’ve mentioned Amiibos above, we had to show you the super-cute Link Amiibo too! 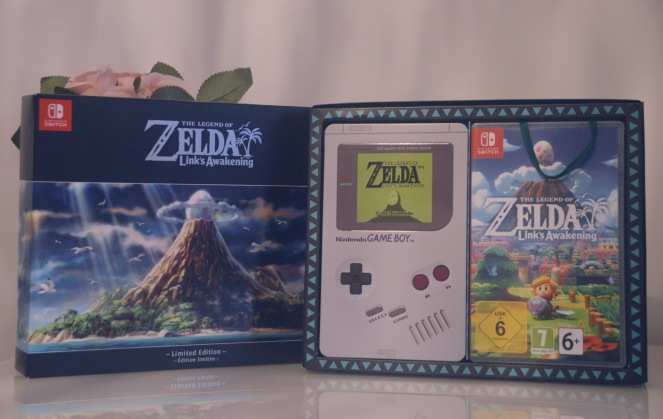 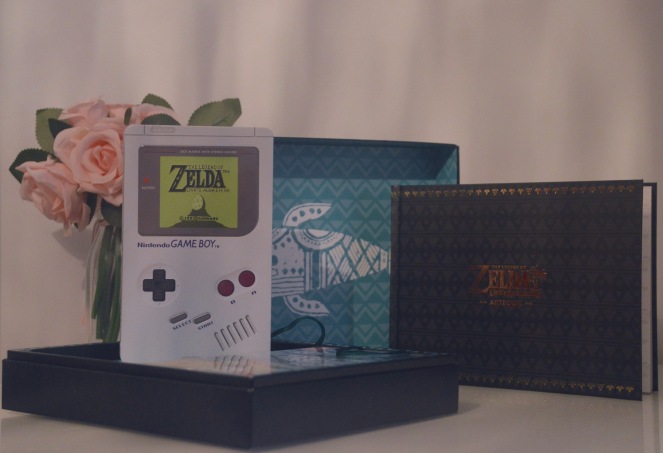 View all posts by jordanklikucs

Shiny Goodra is one of my favourite shinies 💛 I called him Smaug of course 😍 #shinypokemon #pokemon #pokemonswordandshield #pokemonscreenshots #nintendoswitch #pokemonswordshield #shinygoodra
This week has been a bit of a train wreck and I’m a little anxious about the next couple of months now, but I do have a shiny Gigantamax Charizard on the plus side 🖤 #shinypokemon #pokemonswordshield #shinycharizard
Currently spending most of my spare time trying to build a battle team for VGC competitions, but these figures are adorable and I love the packaging they come in too much to take them out 😅
I love this little figure so much 🥰 it came in a card box Jordan got me for Christmas 💕
The only Amiibo I’ll probably ever own, but it’s a special one! 💕
Full disclosure, this week hasn’t been the easiest. But I’ve realised I’m surrounded by a lot of people who care about me and I’m determined to start focusing on the positives from now on 💕 This desk calendar was bought for me by my Secret Santa last Christmas - basically a daily Pokemon to help cheer me up ☺️
%d bloggers like this:
%d bloggers like this: